It's been a while since I updated this...all the fishies are still fine

Crankypants has nicked herself on something but it's not something I'm really worried about. Ranchu is now about the same size in body as Moor, which considering she was noticeably smaller when I got her 4 months ago is quite an achievement for such a midget fish. It's hard to tell if Crankypants has grown, and I don't think Moor really has, but X's hump shape is continuing to develop nicely. I tried handfeeding an algae wafer last night, got pecked once or twice by Moor and Ranchu, ignored completely by Crankypants and X ate about half of it herself! Little orange piggy that she is... I do have some pics of them, but my bf's stolen my computer to watch anime and left me his laptop which is more of a pain to resize pics etc. on, so I will get them up in a later post.

KB is still doing well, though his tank is regularly algaed up now, and having been away for 10 days over Christmas but leaving the lights on a timer the algae has well and truly taken over, so much green slime. Contrary to possible expectations, KB seems happy and healthy in his slime pond, it's still getting cleaned up though! I am intending to add some java fern and/or anubias in the hopes of outcompeting the algae for a while until the Crypt and Pogostemon take over a bit more. Both seem to be doing well, and he Lilaeopsis continues to live - though not really much more so far. I pulled the second Bacopa in the end, it was doing something weird and I decided I didn't like it! The Pogostemon on the left of the quartz was moved at the same time as it just wasn't thriving, even after I moved the light more directly over it, so it has been moved more into the middle where the others have been doing well. Again, pics will be up maybe over the weekend - a before and after of the slimebath when doing a waterchange!

Unfortunately I was away for 7-10 days on two separate occasions through December, and left the plants in the bath with ktichen towel draped over the side of the herb pots that didn't have holes in the bottom, and most of the seedlings were just too small to pull through so I'm starting again with the Parsley, Chives and Basil, and the Coriander didn't pull through either. I am starting my herb garden again now I know I'm not likely to be away longer than a weekend for several months - plenty of time to get the plants established I hope!

I saw this in Ikea when I was there with my parents and am bought one this evening to go in front of my balcony doors.

This weekend I am looking to go to the garden centre for a potting tray and some plant pots to go in it, and I am going to try to grow lettuces, spring onions, Mint, possibly some more Coriander, and I may try Rosemary too - but I'm not sure the light at the moment is good enough for growing indoors yet.

I also discovered these today which I have bought intending to start off when (if!) Spring arrives, so probably around April, I will hang them from my balcony and hopefully have a good crop of cherry tomatoes and strawberries come the summer! 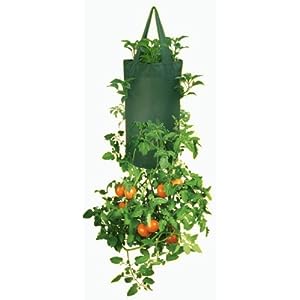 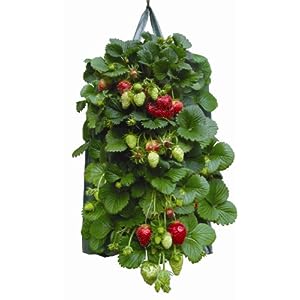 Hopefully a more fish pic'd update over the weekend when I'm actually home long enough to sort it all out! I just wanted to share my plant stuff really, I'm oddly excited by them